They Will Take My Island

For for 10 players
Arshile Gorky: They Will Take My Island (1944) oil on canvas

They Will Take My Island - Program Note by Max Lifchitz

They Will Take My Island
by Max Lifchitz

It was indeed a great pleasure to learn during the autumn months of 2008 that composer Robert Martin had accepted an invitation to write a new work to mark the 30th anniversary of the North/South Consonance concert series.

Well ahead of the agreed deadline, a copy of the score for They Will Take My Island arrived in the mail in late May. Without delay, Martin’s recently completed score made its way onto the music rack of my piano. And I immediately began reading through it, playing as many of its contrapuntal lines as my fingers could manage to grab.

Approximately 12 minutes in length, the single-movement work inspired by Arshile Gorky’s masterful painting They Will Take My Island, is a virtuosic tour de force for two quintets: one made up of string instruments (2 violins, viola, cello and double bass) and the other consisting of wind instruments (flute, oboe, clarinet, horn and bassoon).

While Martin’s new dectet provides the performers with ample opportunity for technical display, the music also offers the adventurous listener a most stimulating and moving listening experience.

Like warm wind currents approaching from different directions, the music’s whispering, undulating melodic lines encircle and captivate the listener at the outset. These somewhat capricious melodic lines—interrupted unexpectedly by rich harmonies in different registers—undergo easy-to-grasp gradual transformations throughout. Shifts in articulation and tempo guide the ear into unexpected vistas and sonorities. The composer’s fastidious use of register and graceful manipulation of instrumental amalgamations generate an ever-changing music texture, clearly articulating an emotive and moving rhythmic and harmonic structure.

It is with great anticipation that I am looking forward to conducting the premiere of Robert Martin’s fine new work on February 7, 2010. I am certain that its debut will be met with much interest and acclaim by both the musician members of the North/South Chamber Orchestra musicians as well as by our sophisticated audience. I do hope the work will eventually be taken up by other performing ensembles and make its way into recordings so that it may reach and touch an international public. 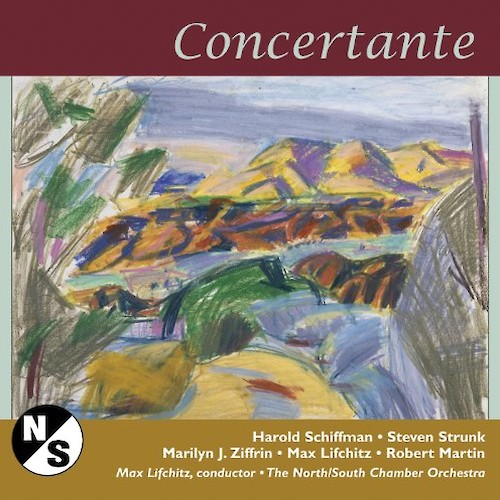 Past Performances of They Will Take My Island