One Year the Milkweed

One Year the Milkweed is a piece for flute (alto flute) and strings in two movements. The flute assumes a solo role throughout, sometimes lyrical, sometimes dramatic. The soloist uses the alto flute in the melancholy first movement, then switches to the regular flute for the energetic second movement. It may seem strange to have a musical piece about milkweed, but the title comes from an abstract painting by Arshile Gorky (Vosdanig Manoog Adoian). As an organic event, it resonates Buddhist concepts of impermanence.

Think of the moment when the milkweed pods open. The first movement considers the mature plants. Having cast their seeds to the wind, their time is now limited. The energy of the second movement describes the new life of the next generation of plants as the wind carries the fluffy, white seeds across the open land. All nature has these two aspects of evanescence--coming into being and vanishing from existence. The natural world is exhilarating and melancholy. Everything, with each passing season, reminds us of our time to live, and our eventual departure.

Despite the programmatic suggestion of warm visual imagery, nevertheless, Paul Griffiths, Music Critic of the New York Times, emphasizes that the focus remains firmly on musical content and form, “Martin’s interest was apparently not so much in the subject matter of that particular picture as in the general notion of what gives an abstract image wholeness and presence.”

After premiering my piece titled They Will Take My Island in 2010, Max Lifchitz, conductor, composer, and pianist, asked me to compose a quasi concerto to be performed during 2011. He suggested solo flute supported by string orchestra, with Lisa Hansen as the flautist. I regard Lisa Hansen as one of the most important and accomplished musicians of our day, and I was delighted to accept. It was premiered on June 7, 2011 in New York City, with Lisa Hansen as soloist and Max Lifchitz conducting the North/South Consonance Orchestra.

Mark Greenfest, critic for the New Music Connoisseur writes, “the alto flute solo opens the piece, with a bit melancholy, but Andean-sounding melody, with soaring contours. When the string orchestra enters, at first with a lovely melody, and then, with a fascinating, modern dissonant semi-fugue, with entire musical lines dancing about with contrapuntal intensity, the piece fades so that the solo flute stands out against the orchestral tapestry. The textures, alternating from transparent to intense, remain articulate, which is craft close to miraculous. The energetic, rhythmic, second movement, likewise, ebbs and flows in musical and emotional intensity--at once, free-form or free spirited, yet tightly interwoven, with a clarity of focus and intensity of vision. Its naturalness and variety are as striking as its brilliance of writing and taut structure.” 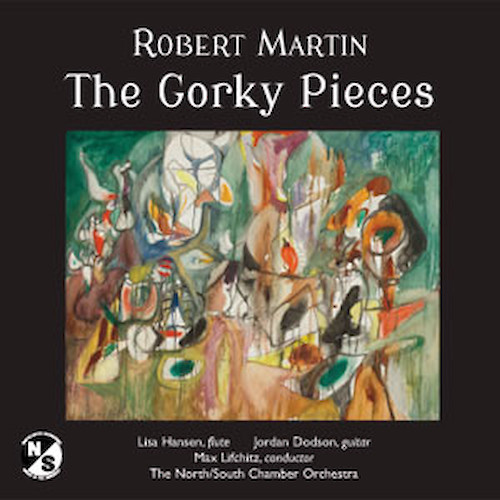 Past Performances of One Year the Milkweed